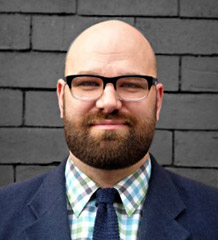 My academic interests are mainly focussed on the ways in which the Bible intersects with popular, public, and political discourses, and is represented, reinterpreted, and responded to in art and culture. In my teaching and research, I address various ways in which this has happened historically—the Bible's so-called reception history—but have a particular interest in contemporary examples.

The Bible remains an important site of meaning and significance in Western culture. It is regularly engaged and appropriated despite the fact that religion, and in particular Christianity, has in various ways been culturally de-centred in Western Europe and North America. Responding to this means engaging in serious reflection on a range of interpretative contexts and reading locations, as well as drawing insights from uses of the Bible across differing historical/cultural locations. My recent work has focussed in particular on the ways in which biblical narratives, characters, and ideas are invoked and reworked in popular film and television—in terms of both explicit retellings and more subtle allusions and reinterpretations.

I have taught courses at both undergraduate and postgraduate level that introduce students to a range of methodologies and interpretative approaches to the study of the Bible—e.g. historical-critical, confessional, feminist/womanist, postcolonial, queer, ecocritical (The Bible: Past and Present; Approaches to Biblical Studies), those that focus on popular culture as a locus of religious inquiry generally (Spirituality and Popular Culture) and more specifically on the Bible and film/television (Interpreting the Bible on Screen), those that engage the ancient world 'behind' the biblical corpus in the light of issues of enduring concern (Life and Death in Ancient Israel and Judah; Ritual in the Hebrew Bible; The Hebrew Bible: Story and History), and those that offer students the opportunity to read the Hebrew Bible/Old Testament in its original language (Introducing Biblical Hebrew; Intermediate Biblical Hebrew).

I joined the Department of Religion and Theology in 2017 as Lecturer in Hebrew Bible.

From 2011 to 2012 I was an adjunct tutor (Old Testament) at South West Ministry Course, Exeter.

I received my PhD from the University of Exeter in 2011.