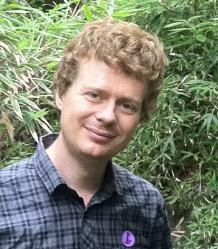 Senior Lecturer in Philosophy of Religion

His research in philosophy of religion and philosophical theology has focused mainly on the doctrine of incarnation. He co-edited The metaphysics of the incarnation (together with Anna Marmodoro of Oxford University), published by OUP in 2011.

He also has a major research interest in early modern philosophy, particularly the philosophy of Leibniz and the interactions between Cartesian and sceptical philosophers, especially on the subject of belief (religious and otherwise).

My background is in both philosophy and theology: my master's is in theology and my PhD is in philosophy, and I've followed both paths (and the middle ground between them) in my research since.

Theologically, I have two main areas of interest. The first is philosophical theology / philosophy of religion (no-one is quite sure what the difference is), particularly the doctrine of incarnation. The second is theological history, particularly the early church, and also medieval theology. I'm especially interested in bringing together these different approaches, in order to do philosophy of religion from a position of deep understanding of and engagement with the "classical" theologians - and also to do history of theology from a position of philosophical engagement with the thinkers in question.

In addition to my research publications, I've published a number of books aimed at a general readership on church history, the history of theology, and philosophy of religion. Some of these have found their way onto academic courses in various institutions, both religious and secular, which is very gratifying - but their main purpose is to introduce these subjects to interested, non-specialist lay people. One thing I've tried to convey in my popular writing is just why the study of theology and philosophy of religion is so interesting. It's a chance to tell some great stories.

I have given talks on religious history to non-specialist audiences in Treadwell's, an independent bookshop in London. These include a four-part series on gnosticism and a seven-part series an ancient mystery cults, both in 2011.