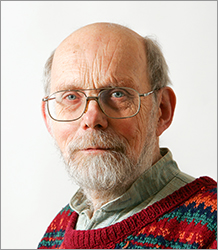 Tim Gorringe worked in parishes for six years before going to South India to teach theology at the Tamil Nadu Theological Seminary, where he worked for seven years. On return to Britain he was for nine years Chaplain, Fellow and Tutor in Theology at St John's College, Oxford. In 1995 he became Reader in Contextual Theology at St Andrew's and in 1998 took up his present post as St Luke's Professor of Theological Studies.

His academic interests focus on the interrelation between theology, social science, art and politics. His most recent books are Furthering Humanity: A Theology of Culture (Routledge 2017), The Common Good and the Global Emergency (CUP 2011) and Earthly Visions: Theology and the Challenges of Art (Yale 2011).

He worked on a two year AHRC funded research project on the values which underpin constructive social change, focussing on the Transition Town Movement.

Apart from research and writing Tim Gorringe is married, and has three children and five grandchildren. He is part of a small rural team ministry and takes services every Sunday. Together with his wife Gill he runs a 15 acre smallholding with a flock of 60 Jacobs sheep, bees, chickens, fruit and vegetables, cider and wine making and occasionally, inadvertently, rather good wine vinegar. He is part of the Transition Town movement and a member of the Iona Community.